Today I have some pretty amazing news to share with you. Now to give you guys an overview of what we will be looking at, first up Tezos Blockchain Activates Upgrade By Token Holder Voting, then the Bahamas Central Bank Enters Agreement to Deliver First National Digital Currency by 2020 and finally some fantastic news on the regulation front, Egypt is lifting their ban and will allow licensed Cryptocurrency Companies to continue operating in the country. So you can see here that there are new exciting developments and law changes that could help boost adoption. Now just before I dive right in, I’m going to announce who the winner of the $10 EOS Prize is!!

Once again, I’m going to hop straight into my Youtube Random Comment Picker site. I’m going to copy and paste the Youtube link of the video, and then I will paste it here and collect all the comments. And now I will randomly draw out the winner. The winner as you can see is…. Deen Jibriel. Deen Jibriel, if you can please comment on this video and reach out to us, we will be happy to give you the $10 in EOS tokens. And today we have another Giveaway. We will be giving away $10 in Stellar tokens! Once again if you want to win simply like, comment, and subscribe, and you never know you could come out as our next winner. And guys please if you love what we’re doing, like and subscribe, and just comment down below to go in the draw to win.

Now moving onto the market. It looks like it’s a lush and green market ahead. As you guys can see we have really big gains across the board. Bitcoin has increased by 0.82%, Ethereum, by 5.88% and Ripple’s XRP by 3.88%. Now special shoutouts to Bitcoin Cash which has increased by 9.11% but guys I need you to have a look here – Bitcoin SV has increased by 89.56%. That’s a really crazy increasing pushing Bitcoin SV from the top 20 into the top 10.

So what is happening?? Looks like Bitcoin SV pumps hard after fake Craig Wright Satoshi news tricks Chinese investors. According to Cryptoslate, it looks like Chinese investors thought that Craig S Wright sent funds from Satoshi Nakamoto’s wallet. A number of people quickly reacted including Changpeng Zhao, the founder, and CEO of Binance who released a tweet saying that it was fake.

Now moving onto the top 20. We can see that the market is still in the greens. Special mentions to IOTA, which is gaining by 10.11%, Cosmos increasing by 14.39%, and NEO boosting by 14.26%. Looks like the market is performing fairly well, but it’s unfortunate that Bitcoin SV has gained so much from fake news. I believe the price will begin to fall when everyone catches news that the Bitcoin SV news is actually fake. 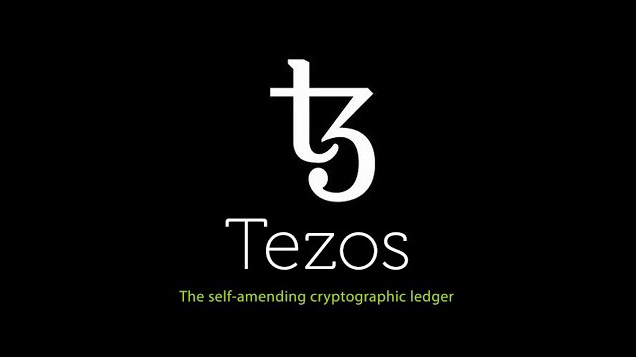 Now moving onto the news! The Tezos Blockchain Activates Upgrade By Token Holder Voting. Now According to CoinDesk, it looks like the Tezos blockchain is now upgraded. These upgrades will be backward-incompatible and will be implemented on Wednesday. The upgrade that went by the name “Athens” was the first to undergo the self-amendment policy. Tezos’ bakers so the equivalent of Bitcoin and Ethereum miners stake tokens. They would be bundled into rolls if they were interested in an upgraded platform. Tezos operated on the whole basis of baking and ultimately reached a value of $1 billion through the process of bakers doing the baking.

As you guys can see, the upgrade to the Tezos network is pushed to all bakers at a specified block number. Here instead of everyone updating their software, the upgrade gets pushed onto everyone’s computers. On-Chain Governance is not an easy task, but it looks like Tezos is really working hard to make it a reality. Tezos has, therefore, come a very long way from raising $232 million in 2017 to today.

Now moving on, the Bahamas Central Bank Enters into an agreement to deliver the first national Digital Currency by 2020. According to Cointelegraph, it looks like the Central Bank of the Bahamas (CBOB) will enter an official agreement to develop a digital fiat currency system. Tomorrow the CBOB will sign an agreement to build and create ”Project Sand Dollar.” In early March, the bank announced NZIA as its key collaborator for the project along with Singaporean software company Zynesis.

So what exactly is ‘Project sand Dollar?’

It is an initiative that will be an integrated, affordable electronic payment system for all businesses and residents. Project Sand Dollar will comply and follow local financial regulations and aims to provide equal access to digital payments for residents of the island country, which include reducing cash transactions and service delivery costs.

Egypt has Lifted its Cryptocurrency Ban

And finally, the last news item for today! Egypt has lifted its cryptocurrency Ban and will allow licensed Cryptocurrency Companies to continue operating. It looks like Egypt is currently loosening its restrictions on cryptocurrency. According to Coindesk, Egypt previously banned cryptocurrency under Islamic Law. The ban began in early 2018, with the argument that technology could undermine the legal system via tax evasion, money laundering, and other fraudulent activities. The Government was also concerned about the high number of scams and sheer volatility of the crypto market. But as Egypt’s neighbors have explored the new technology, the Government has decided to loosen its restrictions on the crypto ban.

So guys, what are your thoughts on everything??

Are you excited to see Tezos moving forward with their Token Holder Voting approach?

What about the Bahamas and their own digital currency? Will it be a success?

And finally, Egypt softening their stance on Crypto? Do you think, now that the people of Egypt can be exposed more to crypto, that this action will usher in greater adoption?

Let me know what you guys think in the comments below. And once again guys, please don’t forget to like, subscribe, and comment just down below to go into the draw to win $10 worth of Stellar tokens! Guys, it’s Cindy with CryptoPig. I’ll see you tomorrow!

Tags :Adoptionarticlebitcoinbitcoin svblockchainBullishcryptocryptocurrenciescryptocurrencycryptopigTezos
share on Facebookshare on Redditshare on Email