US Congressman Says Facebook Should Add Bitcoin, Not Create Libra

Today, we are going to discuss 4 trending pieces of new. First up, it looks like cryptocurrency exchange Coinfield is making stocks like Tesla and Apple tradable on the popular XRP Ledger. Second up, we have a bit of positive news concerning the Libra stablecoin. It looks like not everyone is against the token. Bank of England Governor Carney defends the token as he highlights the shortcomings of the traditional financial system. On the other hand, United States representative Warren Davidson believes that Facebook should be adding the Bitcoin token to its Calibra Wallet instead of creating a new Libra stablecoin. And finally, to end the news for the day, Nasdaq Lists AI-Powered Crypto Index for the top 100 coins.

The market today seems to be correcting with many major losses. Bitcoin is currently dropping 2.31%, falling down to $8,160. Meanwhile, Ethereum and Ripple’s XRP are dipping more than 3 percent each. Furthermore, other altcoins like EOS and TRX are plummeting more than 6%.

First up, according to Decrypt we have Coinfield a cryptocurrency exchange keen to make stocks like Tesla and Apple tradable on the popular XRP Ledge (XRPL). They announced today that stocks and ETFs from over 35 global stock exchanges and fiat-backed stablecoins will be available for trading on top of Ripple’s XRP Ledger from next year via a new platform called Sologenic. Bob Ras, the CEO of Coinfield mentioned to Decrypt that,

“it’s an ecosystem, merging traditional financial market assets – non-blockchain systems – with crypto assets. We offer our customers the ability to tokenize any asset on demand. Users can tokenize over 30,000 stocks and ETFs.”

So how does it accomplish this? It uses its Solo cryptocurrency token to provide a bridge between cryptocurrency assets and stocks or ETFs. Solo tokens are directly paired with fiat and used as collateral to settle the transactions with the third-party brokerage firms. So let’s go through an example. Tesla shares would be converted to a tokenized stablecoin version of TSLA, to be TSLAs. And USD would be USDs. These stablecoins are tradable against XRP and Solo on Coinfield’s exchange and the XRP ledger DEX. This process allows users to tokenize any assets or fiat currency. So for example, an international user from Japan can tokenize fiat on top of XRPL and move their funds almost instantly to the XRPL. The project is currently in six months in development and will launch in quarter 1 with a public initial exchange offering.

According to CoinTelegraph, it looks like the Bank of England Governor Mark Carney has defended Facebook’s choice to create a new currency. Carney commented on October 15th that there were some serious shortcomings when it comes to the current traditional financial system. He criticized the high costs of moving money, stating that they are costly to small businesses and can cost firms dearly, they’re also processed too slowly. Carney mentioned,

“That’s not good enough in this day and age. Those payments should be instantaneous, it should be the same as us exchanging a banknote online. It should be virtually costless and it should be 100 percent resilient.”

Because of the inefficiency of payments, Carey believes that companies like Facebook should be involved in projects like Libra. Though he also admits that there are multiple ways the problem can be solved. He warned companies trying to tackle this problem that they will be deeply scrutinized by authorities. He noted that it either will be regulated properly, overseen properly or else it’s not going to happen at all.

US Congressman believed Facebook should adopt Bitcoin instead of creating Libra

On the other hand, US Congressman Warren Davidson, according to CoinTelegraph believes that Facebook adding Bitcoin to its Calibra Wallet is a way better idea than creating its new Libra cryptocurrency. In an interview with the Noded Bitcoin Podcast on October 11, the Republican stated that “part of the beauty” of Facebook’s unveiling its token is that it crystallized all of the problems that exist on the social media platform today. He mentioned that

While the congressional hearing was helpful when it came to gaining a better understanding of cryptocurrencies and Bitcoin, it, however, helped realize the problems inherent to a centralized and private initiative such as Libra. 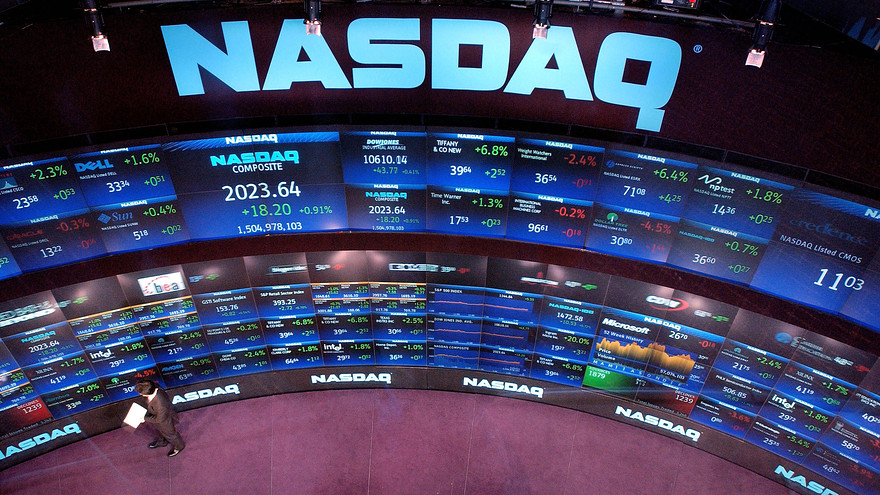 According to Cointelegraph, the world’s second-largest stock exchange Nasdaq has listed the AI-powered CIX100 index created by crypto data provider Cryptoindex. CIX100 is a crypto market benchmark that uses a neural network algorithm to analyze data for the top 100 cryptocurrencies, taking into account over 200 factors. It’s designed to exclude coins with fake volumes and rankings, targeting both industry newcomers and professional investors. According to the press release, the data is derived from the nine largest cryptocurrency exchanges globally and factors into account the results of millions of trades alongside new releases and social media data. Only tokens that have consistently make it into the top 200 for at least three consecutive months are included in the index. Cryptoindex, so CIX100 which is currently listed on Bloomberg, Reuters, and TradingView, has gained +1100% since its establishment in May 2017. Its AI-based predictions perform with 82% daily accuracy.

And that’s it for the daily news segment for today. What are your thoughts regarding these different situations?

First up, are you excited to see Coinfield open up 30,000 stocks for crypto trading on Ripple’s XRPL.

Are you glad to see someone defending Facebook’s Libra stablecoin?

Do you think Facebook should add Bitcoin instead of Libra?

And isn’t it cool that Nasdaq is now listing AI-powered crypto index for top 100 coins?