Today, we have picked four hottest pieces of news happening in the crypto market. Let me give you a glance at what they are. First up, financial institutions in crypto-friendly Germany may start selling and storing Bitcoin for their customers as early as 2020. Second up, United States authorities are set to severely punish a member of the Ethereum development team for allegedly enlightening North Korea on Cryptos. Next, Facebook’s Libra woes continue as authorities look to classify stablecoins as securities, and finally, last but not least, U.S. President Trump doesn’t like the idea of Bakkt’s Kelly Loeffler becoming a senator.

Germany will be a crypto haven next year While some jurisdictions across the globe, including China and India, remain reluctant to create an enabling environment for Bitcoin and other cryptos to thrive, Germany has taken an entirely different approach towards its digital assets space. Per a report by Cryptoglobe, the Bundestag, Germany’s federal parliament has approved a bill that aims to make it possible for banks in the region to offer crypto-based services to their clients. Reportedly, the bill currently awaits further approval by authorities in Germany’s 16 states and if everything goes as planned, financial institutions in the country could sell and custody bitcoin from 2020. Commenting on the matter, Dr. Sven Hildebrandt, partner at Distributed Ledger Consulting (DLC) said:

“Germany is well on its way to becoming a crypto-heaven. The German legislator is playing a pioneering role in the regulation of cryptocurrency.”

Interestingly, the Association of German Banks has also welcomed the initiative, hinting that the move will make it easier for Germans to gain more exposure and invest in Bitcoin and altcoins through domestic institutions rather than foreign ones. The association also noted that:

“Credit institutions are experienced in the safekeeping of client assets and in risk management, are committed to investor protection and have always been controlled by the financial supervision.” 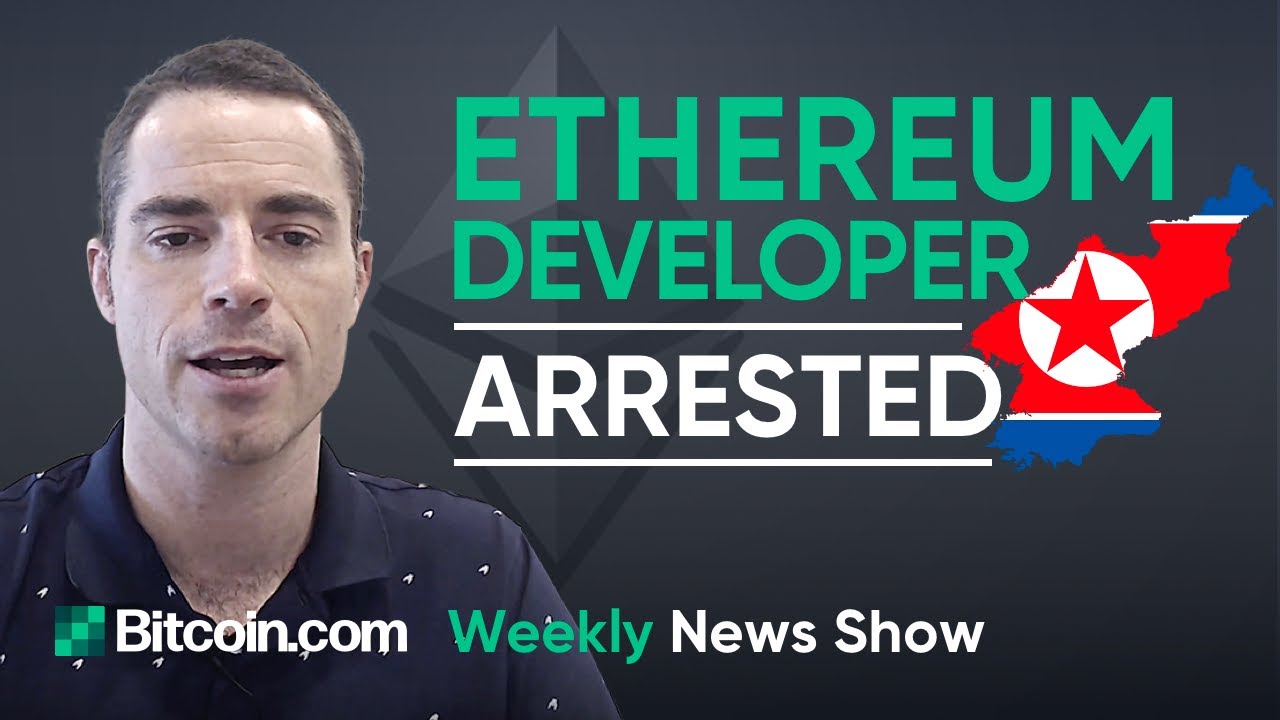 as reported by Cointelegraph, Virgil Griffith, a member of the Ethereum Foundation has gotten himself into serious trouble for assisting North Korea in their plot to evade international sanctions with blockchain technology. On Friday, the United States Attorney’s Office announced that the blockchain developer was apprehended at the Los Angeles International Airport on Thanksgiving Day. Notably, Griffith has been accused of violating the International Emergency Economic Powers Act and he’s expected to appear in a Los Angeles court for his trial. It is alleged that Griffith’s request to attend the Pyongyang Blockchain and Cryptocurrency Conference held earlier in April, was rejected by U.S. authorities. However, Griffith still attended the summit without permission. In a statement, John Demers, an assistant attorney general for national security said:

“Despite receiving warnings not to go, Griffith allegedly traveled to one of the United States’ foremost adversaries, North Korea, where he taught his audience how to use blockchain technology to evade sanctions.”

The complaint against Griffith, which was authored by Brandon M. Cavanaugh, a special agent for the Federal Bureau of Investigation asserts that:

“At the DPRK Cryptocurrency Conference, Griffith and other attendees discussed how blockchain and cryptocurrency technology could be used by the DPRK to launder money and evade sanctions, and how the DPRK could use these technologies to achieve independence from the global banking system.”

It’s worth noting that North Korea has been exploring cryptos and DLT for quite some time now, in a bid to circumvent international sanctions. Earlier in August 2019, reports emerged that North Korean hackers had stolen up to $2 billion worth of Bitcoin and altcoins from crypto exchanges, using the ill-gotten money to fund the nation’s ballistic missiles project.

US lawmakers want to classify Libra and stablecoins as securities

In a bid to scale the unending regulatory hurdles that are hindering the success of Libra, David Marcus, the head of the Libra project hinted in October that the project could adopt fiat-pegged stablecoins instead of the basket of fiat currencies proposed initially. However, it appears that the plan may still not be a favorable one, as U.S. lawmakers are now looking to classify stablecoins as securities. According to Cointelegraph, while the Libra team has argued that its Libra coin is a commodity just like Bitcoin, two Texas representatives, Lance Gooden and Sylvia Garcia have proposed a bill to classify stablecoins as securities. Dubbed the “Managed Stablecoins are Securities Act of 2019,” the piece of legislation could drag project Libra under the purview of strict U.S. securities laws if it sees the light of day.

“Managed stablecoins, such as the proposed Libra, are clearly securities under existing law. His legislation simply clarifies the statute to remove ambiguity,”

“We maintain that responsible financial services innovation and regulatory oversight are not in contest. The Libra payment system is designed from the ground up to serve as a payment infrastructure that can empower billions of people left on the margins of today’s networks. The Libra Coin is simply a proxy for an instantaneous payment system that is low friction and high trust.”

With 2020 just around the corner, it remains to be seen whether the Libra Association will be able to reach a compromise with the regulators and go ahead with the launch of Libra.

Last but not least, As reported by Cointelegraph, Brian Kemp, the Governor of Georgia is set to appoint Kelly Loeffler, CEO of Bakkt, for a U.S. Senate seat in the coming days. However, Loeffler’s senatorial ambition may not to fruition, as President Trump does not see her as the ideal candidate, even though the former has made it clear that she plans to stand with Trump and his team if elected. Loeffler said:

“If chosen, I will stand with President Trump, Senator David Perdue, and you to Keep America Great.”

That’s everything you need to catch up today guys! Are you surprised by Germany’s new Bitcoin-friendly bill? Do you think Virgil Griffith’s actions are wrong? What do you think about the bill aiming to classify stablecoins as securities? And are you confident that Loeffler will become a U.S. senator?